How We Punish People for Being Poor

This past weekend, I was part of a panel discussion on MSNBC’s Melissa Harris Perry with New York Times reporter Michael Corkery, whose reporting on the rise in subprime auto loans is as horrifying as it is important.

In what seems a reprisal of the predatory practices that led up to the subprime mortgage crisis, low-income individuals are being sold auto loans at twice the actual value of the car, with interest rates as high as 29 percent. They can end up with monthly payments of $500—more than most of the borrowers spend on food in a month, and certainly more than most can realistically afford. Many dealers appear in essence to be setting up low-income borrowers to fail.

Dealers are also making use of a new collection tool called a “starter-interrupter device” that allows them not only to track a borrower’s movements through GPS, but to shut off a car with the tap of a smartphone—which many dealers do even just one or two days after a borrower misses a payment. One Nevada woman describes the terrifying experience of having her car shut off while driving on the freeway. And repossession of their cars is far from the end of the line for many borrowers; they can be chased for months and even years afterward to pay down the remainder of the loan.

Predatory subprime auto loans are just the latest in a long line of policies and practices that make it expensive to be poor—something I saw every day representing low-income clients as a legal aid attorney.

Banking Practices that Rob the Poor

Low-income individuals are much more likely to be hit by bank fees, such as monthly maintenance fees if their checking account falls below a required minimum balance—balances as high as $1,500 at leading banks such as Bank of America and Wells Fargo—not to mention steep overdraft fees. For the more than 10 million U.S. households who lack a bank account, check cashers charge fees as high as 5 percent. This may not sound like much, but consider a low-income worker who takes home around $1,500 per month: She’d pay $75 just to cash her paychecks. Add in the cost of money orders—which she’ll need to pay her rent and other bills—and we’re talking about $1,000 per year just for financial services.

Whether or not they have a bank account, very few low-income families have emergency savings, and more than two-thirds report that they’d be unable to come up with $2,000 in 30 days in the event of an emergency expense such as a broken water heater or unexpected medical bill. Out of options, many turn to payday loans for needed cash. Jon Oliver, host of Last Week Tonight, gave this important issue perhaps the best treatment I’ve seen in some time, detailing how families who turn to predatory payday loans can end up trapped in an inescapable cycle of debt at 400 percent annual interest.

Rent to Own Rip Off

Then there’s the rent-to-own industry.  Through weekly installments, low-income families with bad credit or no credit can end up paying as much as two and a half times the actual cost of household basics like a washer and dryer set, or a laptop for their teen to do his homework.

Grocery shopping can bring added costs too. For families who can’t afford to buy in bulk, the savings Costco offers are out of reach. And for those without a car, living in low-income neighborhoods without a convenient supermarket, it’s either cab or bus fare to haul groceries back, or swallowing the markup at the neighborhood corner store.

And then there’s the issue of time. Something I heard about frequently from my clients when I was in legal aid was how much extra time everything takes when you’re poor. Many told of taking three buses to work and back, and spending as many as five hours in transit to get to and from their jobs every day. Those who needed to turn to public assistance to make ends meet would describe waiting at the welfare office all day long simply to report a change in their income.

Also worth noting is the criminalization of poverty and the high costs that result. In a nationwide trend documented by the National Law Center on Homelessness and Poverty, a growing number of states and cities have laws on the books that may seem neutral—prohibiting activities such as sidewalk-sitting, public urination, and “aggressive panhandling”—but which really target the homeless. (The classic Anatole France quote comes to mind: “The law in its majestic equality forbids the rich as well as the poor to sleep under bridges, to beg in the streets, and to steal bread.”)

Arresting a homeless person for public urination when there are no public bathroom facilities is not only a poor use of law enforcement resources, it also sets in motion a vicious cycle: The arrested individual will be unable to afford bail, as well as any fees levied as punishment, and nonpayment of those fees may then land him back in jail.

In an extreme example, in the state of Arkansas, missing a rent payment is a criminal offense. If a tenant is even one day late with the rent, his landlord can legally evict him—and if the tenant isn’t out in 10 days, he can wind up in jail.

In yet another penny-wise and pound-foolish trend, states and localities are increasingly relying on enforcement of traffic violations—as well as fines and fees evied on individuals involved with the criminal justice system—as sources of revenue. In Ferguson, Missouri, the city relied on rising municipal court fines to make up a whopping 20 percent of its $12.75 million budget in 2013. Ability to pay is often ignored when it comes to these types of fines and fees, leaving individuals stuck in a cycle of debt long after they’ve paid their debt to society. While debtor’s prison was long ago declared unconstitutional, failure to pay can be a path back to jail in many states.

It’s good to see the New York Times, Melissa Harris-Perry, and others paying attention to these injustices. But that’s just the first step. If we are truly interested in building an America that is defined by opportunity, we must commit to enacting public policies that support rather than impede upward mobility.

Rebecca Vallas is the Associate Director of the Poverty to Prosperity Program at the Center for American Progress, and a former legal services attorney at Community Legal Services in Philadelphia. 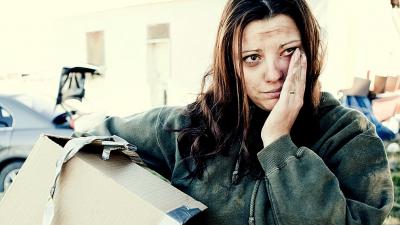