Americans believe in the idea that everyone should get a second chance—a chance to redeem ourselves and make things right. This is a guiding principle behind a “second chance economy”—one that would offer opportunity for approximately 650,000 people released from prison every year in America, and for tens of millions of others who have been arrested or convicted of a crime.

I’m one of those Americans who committed a crime and have a criminal conviction. At one point, I was just like the two-thirds of people who are released from prison or jail only to commit a crime again, be rearrested and convicted.

I know some people may say that I deserve to live in poverty because of my mistakes.

But they don’t know my story. They don’t know that I was born to an abusive father and a mother with severe mental illness; or that I was given narcotics as a young child by a relative who was supposed to care for me, but instead molested me and sold my pictures through a child pornography ring. They don’t know that by the time I was 12, I was on the streets, on my way to a life of crime and addiction, and—with no adult to care for me or advocate for me—I was in and out of the juvenile justice system, never receiving the mental health care I needed.

Truth is, I don’t care if people know these things about me or not, because I love myself now and that is what matters. But I do care that people have another chance after their arrest or conviction.

CLICK HERE to learn about the free legal form provided by Kansas Legal Services for expungment of criminal records and how to get your record clean.

Click here to learn how to overcome barriers to employment and housing.

I’m on the right track now, doing right by myself, my god, my family and my community.

One of the ways I’m giving back to my community is by working to create an economy that includes me and others who have served our time and are following the rules of probation or parole.  A study released by the Vera Institute of Justice found that states across the country are giving people like me a second chance not just because it is the right thing to do, but because it will reduce crime and prison costs by preventing recidivism.

One obstacle to opportunity that many states are addressing is the lifetime ban on receiving public benefits and job assistance through Temporary Assistance to Needy Families (TANF) and the Supplemental Nutrition Assistance Program (SNAP) for people who have a prior drug-related felony conviction. Research has shown that this policy increases recidivism and crime and is also harmful to children as well as adults who are trying to start over.

In addition to causing hunger and hardship, it can also prevent people from getting the mental health or substance abuse treatment they need, as many of these programs rely on public assistance funding to pay individuals’ room and board. Repeal of this harmful policy has been supported by the New York Times and the Los Angeles Times, and is included in the REDEEM Act, bipartisan legislation co-sponsored by U.S. Senators Cory Booker and Rand Paul.

Federal law already allows states to waive or modify the ban, and many have done so.

For example, this April, California lifted the lifetime ban on TANF and SNAP so that people with a felony drug conviction who are complying with their probation or parole are now eligible for nutrition assistance, income support, and job training. Approximately 6,000 families in the state now experience hunger less often, have access to job training and employment services, and their children are no longer denied child care.

For me, the biggest change is the child care help that I am able to receive for the first time. After my release and getting sober, it was hard to build a new life with my son when he was denied childcare because of my conviction. Not only was it hard for me to find work—he missed out on the great opportunities offered through childcare programs.

In June, Texas modified its lifetime ban so that people with a felony drug conviction are now eligible for SNAP (although a parole violation would lead to a “two-year disqualification”, and a second felony drug conviction would result in a lifetime ban).  Last year, Missourians took similar action so that people with felony drug convictions are able to receive nutrition assistance while participating in substance abuse treatment, as long as they are following the rules of probation or parole.  While fourteen states including California have opted out of the lifetime ban entirely, two-thirds of states continue to enforce the ban—or a modified version of it, as in Texas and Missouri.

In my opinion, no one should go hungry for a crime that they have served time for, especially if they are following the rules now.

—especially not in America, since we have the resources to prevent hunger. Being hungry also doesn’t help people who have had an addiction stay straight, or stay away from crime.

This is why I have worked with a whole bunch of people and organizations over the past couple of years to end this unfair and unsafe lifetime ban on assistance. It isn’t easy telling my story to others, but it has made a difference. Sometimes I forget how messed up my childhood was and how far I’ve come, but I will never forget this harmful policy, how it made me feel, and how it made me feel to end it. 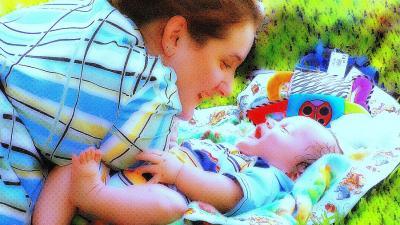