DENVER:  After speaking to more than 100 people in four states who represented themselves in divorce, custody and child support cases, researchers are calling on lawyers to provide cheaper services and courts to offer more resources to those acting as their own attorneys.

More and more Americans are navigating the legal system on their own. Some jurisdictions report it's becoming the norm for at least one party to act on his or her own behalf in family court, often because trained help is out of financial reach.

The quality of justice can suffer, but things like technology and access to certain services help, according to a study released this week by Denver's Institute for the Advancement of the American Legal System.

Fort Collins nurse Kerry Rayder, who was among the 128 people in Colorado, Massachusetts, Oregon and Tennessee who were interviewed for the report, said she and her husband parted amicably in 2014, and neither had money to spare for a lawyer.

Rayder was confident her experience with medical documentation and her problem-solving personality would make filing for divorce manageable.

Instead, she spent so much time puzzling over "legalese" that her teenage daughter felt she was being neglected just as the dissolution of her family made her want her mother's attention.

"It's a much more difficult process than it has to be," Rayder told The Associated Press. She echoed the researchers' recommendation that legal language be simplified. She also was intrigued at a suggestion that attorneys coach people representing themselves at a fraction of their usual fees.

Natalie Anne Knowlton, who directed a family-focused project at the institute that prepared the "Cases Without Counsel" report, pointed to other attorney innovations.

Lawyers have, for example, left tasks such as filing documents to clients and billed only for questioning an estranged spouse or appearing in court, which can be particularly fraught for the uninitiated.

Last year, Knowlton's institute opened an out-of-court center based on an Australian model. For $4,500, center staff guide couples through divorces on which a retired judge signs off.

"Cases Without Counsel" also cited a California example of a technological fix.

Earlier this year, the Orange County Superior Court launched an online portal that people can use to find forms, watch video instruction manuals or sign up for workshops on court procedure.

In 2013, the American Bar Association noted studies showing the number of people going to court without lawyers was increasing across the country, with between 60 and 90 percent of family law cases involving at least one party who had no legal representation.

Jason Drake, who also was interviewed for the Denver study, said the $5,000 he could afford in legal fees was only enough for the early stages of a divorce case that started in 2012. He finished on his own in 2014, informing himself in law libraries and online.

The 40-year-old machine technician from Orange, Massachusetts, estimated he spent four to six hours a day on his case, time he said he should have devoted to his two children during a stressful period. His former wife had a lawyer.

Fighting your own case is "enormously devastating to both the wallet and the psyche," Drake told the AP.

The Denver researchers chose jurisdictions in Colorado, Massachusetts, Oregon and Tennessee that offered diversity in geography and demographics, as well as in the range of court resources available to people representing themselves. They found subjects by recruiting at courthouses and scouring court records and sending notices to people who were involved in family cases.

LSC supports legal aid programs for low-income Americans. Sandman was not involved in the study.

Sandman noted judges who were interviewed by the Denver researchers spoke of seeing people fail to back up important points with evidence because they did not understand the rules.

The Denver study mirrored an effort several years ago to determine how ordinary people were faring in Canadian courts. That research by Julie Macfarlane, a law professor at the University of Windsor, Ontario, led to the founding of Canada's National Self-Represented Litigants Project, which enables researchers, legal experts and others to share information and ideas.

In a telephone interview, Macfarlane said she can, for example, help link court officials with laymen to test whether online tools are effective and easy to use. 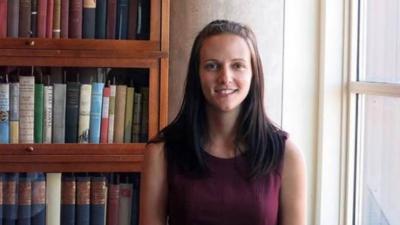