Silenced no more: Women speak out about violence

This article is reprinted from October, 2016, The Kansas City Star

She was 12, sitting in a dark auditorium, when a boy sitting next to her started rubbing her thigh without consent.

One woman endured constant lewd comments from male co-workers, only to be nicknamed “Little Miss Tattle Tale” when she reported the harassment.

Many kept the stories of their assault and harassment a secret for decades.

Experiences like these — shared by men and women in a survey conducted in 2016 by The Star — tell a pervasive story of sexual harassment and sexual assault. The nearly 300 responses show that inappropriate sexual behavior exists in the workplace, on college campuses, in bars, inside homes, between friends and acquaintances. Many said they never told anyone for fear they would be shamed or doubted.

But that, advocates say, could be a crucial step closer to changing.

In June, a woman who was sexually assaulted at Stanford University published a gut-wrenching letter about her experience. Then, two weeks ago, a tape surfaced of a 2005 conversation between presidential candidate Donald Trump and then-“Access Hollywood” co-host Billy Bush.

That exchange prompted survivors across the country to step out of the shadows and share their experiences — many for the first time — on social media.

Responding to a challenge from a Canadian author, women and men wrote about their “first assaults” on Twitter under #notokay. Roughly 10 million people have since posted their stories or responded to the tweet.

“People are emboldened when they don’t have to say things face to face,” said Jill Patterson, a former prosecutor for sexual and domestic violence in southwest Missouri’s Greene County. “And when they see others who are going through the same thing, people feel courage. … We are tearing down the isolation because there is so much conversation, so many are coming forward, and there is strength in numbers.”

The support has been “God’s grace” for Maggie, a Kansas City woman who was raped three decades ago.

“To see others speaking out about it, that brings more comfort to me than anything else in the world. Nothing will make it OK, but if others are rallying around it, I mean, thank you. Thank you very much.”

Among the throng of #notokay tweets, a Kansas City-area woman shared her story on Oct. 8, the day after the Trump tape surfaced.

“Family friend tells me ‘You shouldn’t LET me do this’ as he put his hand down my pants. I was 12. Made me think it was my fault.”

The impact isn’t just felt on social media. Kansas City’s Metropolitan Organization to Counter Sexual Assault (MOCSA) has seen the number of calls to the crisis line double in the past two weeks. And last weekend, 23 people went to hospitals in the six-county area for sexual assault exams. That’s twice the number for a typical weekend.

“People are talking about this issue and realize we have a role in changing the narrative.”

For Andrea, a 32-year-old who lives in mid-Missouri, the narrative was about blame.

She woke up in the bedroom with a man she didn’t know on top of her. And for 10 years, she didn’t tell anyone. She was 21 and had been drinking when the incident occurred after she laid down in a spare bedroom during a party with friends. For years, she carried a sense of responsibility for the assault because she had been drinking.

Andrea says she believes she would react differently if the same thing happened to her today and would report it to authorities. She attributes that partly to growing up and partly to increased dialogue about sexual assault. She hopes that dialogue continues and helps educate young people about these issues.

“I think the conversation needs to start early about what appropriate boundaries are,” Andrea said. “What are appropriate ways to talk about men and about women?”

Margaret Veglahn of Prairie Village has been going to Kansas City-area schools for the past year to help educate young people and change the conversation.

Just 14, Margaret is a peer educator for Safehome, a Johnson County domestic violence agency. She and other volunteers talk to young people and perform skits about everything from bullying and teen dating to sexual harassment and assault.

“I’m seeing the girls and boys who are victims,” Margaret said. “They’re asking us, ‘How do I protect myself?’ ”

The idea, she said, is to stop the cycle of mistreatment and abuse. That’s why the Trump tape made her so angry. The high school student worried about the impact his words could have.

“They shouldn’t be taught that a ‘star’ can treat women however they want to,” Margaret wrote on Facebook. “Eleven-year-old girls ask me what they did wrong that resulted in their own sexual assault. The world has told them THEY need to change. Me, a 14-year-old, should not have to hug them and tell them they did nothing wrong.”

Janie M. saw The Star’s survey after a Facebook friend shared it and revealed she had been date-raped. That’s when Janie felt compelled to speak out about her assault.

She was 18 and pregnant when her mother took her to a psychologist to talk about what she was going through. Instead, the doctor asked her personal questions about her pregnancy and how her body had changed. Then he removed her bra and began touching and examining her breasts. This is the first time Janie has told her story publicly.

“I want people to be aware that these things really do happen,” Janie told the newspaper after completing the survey. “I don’t think we should have to keep quiet about that. Should a woman have to go through that all her life just to be able to go to work or make a living or go to a doctor?”

She also hopes sharing her story sheds light on how little action is often taken after women report assault. After she left the psychologist’s office, she told her mother what happened. Distraught, her mother barged into the office and demanded an explanation. The family was told that the psychologist was a “good doctor” with zero complaints. No one called police.

“Nothing ever happened,” Janie said. “Who do you turn to? How do you get it to stop?”

At the University of Kansas, a fed-up Emma Halling organized a student forum.

Two years ago, Halling got angry after a male student received what she thought was a mild punishment for sexually assaulting a female on campus.

Halling, now a law student at the University of California, Berkeley, used Facebook to organize a student forum and push a referendum asking the university to do more to address sexual assault.

“I think social media made it easy to accumulate more people with shared experience,” Halling, 24, said. “People were saying, ‘I am pissed and I know you are pissed too.’”

As Halling addressed the campus forum where hundreds showed up, she found herself telling her own story of being sexually assaulted by a neighbor when she was 15 years old — something she hadn’t ever spoken of in public.

Then, one after another, nearly a dozen women approached the podium and shared their stories of sexual abuse and harassment.

“For me it was validating,” Halling said. “I had been trying to organize people to talk about sexual assaults on college campuses for about a year. This proved I hadn’t been just yelling down an empty hallway.

“It is undeniable. This is a movement.”

Annette Jenkins, a 27-year-old manager of a Columbia law firm, knew her abuser from church.

“He was 89 years old, nice, the sweet grandfather figure who always had a pocket full of peppermints,” Jenkins said.

One summer morning when she was 13, Annette and her younger brother were home alone when someone knocked on the front door. The man, a church deacon, had never been to her home before but there he was.

“I didn’t know why he was there,” Jenkins recalled. “I stepped outside to talk with him.” She hugged him as a greeting.

Jenkins, who later told a sheriff’s deputy what happened, said the man put his hand under her shirt and touched her. She pushed his hand away and he tried to slide his hand inside her shorts.

“I crossed my legs to stop him. He stopped and said, ‘You didn’t like that did you?’ I said no and the tears just came. I showered for 45 minutes after. I could smell him on me.”

She called her mom and told her father, the town prosecutor. But Jenkins never testified against the man. “Something I regret to this day.” She said he pleaded guilty to a misdemeanor charge.

Jenkins had family support. But “churchgoers sided with him,” she said. “People were saying he would never do that, what did she do?”

She shared her story through The Star survey because, “I would like to see justice for those too scared to talk about it.”

Maggie, a Kansas City woman, held her secret close for 30 years. A select few, including her brother and mother, knew what had happened to her in high school.

They knew that her brother’s friend had raped her and that she had carried the pain and shame with her every day since. But to most of the world, it was hidden.

Then, on a Sunday in June, she saw a post on Twitter about the sexual assault at Stanford. The survivor had shared the letter she read in court to her attacker, an athlete who assaulted her when she was unconscious.

Maggie read the words and sobbed. So much of the woman’s story and pain sounded like her own.

“I ran upstairs, grabbed my laptop and started writing my story,” she said.

A month later, she told her father. And in late August, she invited 20 of the women closest to her for a “Survive & Thrive” gathering. Her mom was there when Maggie told the group what had happened three decades before. She told them she was a survivor.

“I never slept so well as I did after that,” Maggie said.

She feels now is the time to keep the issues of rape culture and rape prevention out front and public. Get people talking about it. Let people know the narrative can change. It has to.

“If we consistently have the dialogue that yes means yes and everything else means no, then we will be making progress, meaningful progress,” Maggie said. “I think this is a moment in time we need to seize.

“Maybe we won’t end rape,” she said. “But maybe we will empower victims to come forward without shame.”

If you would like to learn more about what services are available for survivors of domestic violence, sexual assault and stalking, please visit the Kansas Coalition Against Sexual and Domestic Violence website.

How helpful do you find the information on this page? 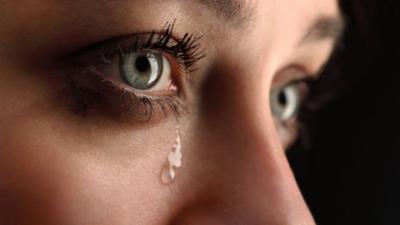