Kansas Attorney Matthew Keenan Sworn in to LSC Board of Directors 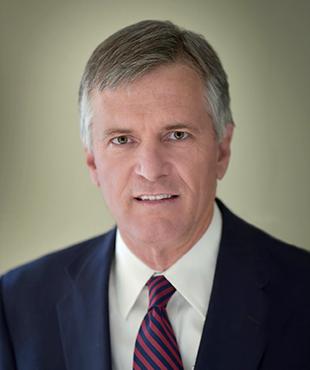 On October 2, 2019, Chief Justice John Roberts of the Supreme Court swore in Shook, Hardy & Bacon LLP Partner Matthew Keenan as a member of the Board of Directors for the Legal Services Corporation (LSC).

Four new members joined seven continuing ones at the ceremony in the East Conference Room of the Supreme Court Building.

Chief Justice Roberts noted that it is “an extraordinarily appropriate day in this appropriate place” for the ceremony, because 52 years ago on this date Thurgood Marshall was sworn in as an Associate Justice, becoming the court’s first African-American Justice.

LSC is the single largest provider of civil legal assistance for low income people in the nation. It is headed by an 11-member Board of Directors appointed by the President and confirmed by the Senate. By law, the board is bipartisan: no more than six members may be of the same political party.

Keenan’s more than 30 years practicing law, as one of the nation’s leading product liability lawyers, has prepared him for this prestigious role.

In 2019, Matt celebrated his 34th anniversary at Shook. Listed in The Best Lawyers in America and Who’s Who Legal: The International Who’s Who of Product Liability Defense Lawyers, Matt is identified in various other publications as a top lawyer in his field.

One of his areas of focus is the preparation and defense of a number of corporate witnesses in national product liability cases. Matt has prepared and defended 51 company witnesses for depositions in five MDL proceedings over the past 30 years. In addition to this work, Matt has published seven articles in national publications on this topic, and most recently organized a panel on the subject at the mid-year meeting of the International Association of Defense Counsel in La Quinta, California.

Matt has been an active member of various bar organizations over his career, including the Kansas Bar Association and International Association of Defense Counsel, and serves on the Board of Legal Aid of Western Missouri.

Matt served as chair of the firm's Pro Bono Committee for eight years, and his pro bono efforts have been featured in the Kansas City Star in two stories (January 2, 2010, and March 1, 2015), celebrating Shook's role in facilitating adoptions. Matt has also been quoted in Working Mother magazine.