The new office, created by executive order, is intended to provide independent oversight and greater accountability for public and private agencies involved in the child welfare system.

It will compile and accept complaints made on behalf of children within the welfare system and will review practices employed within the network.

Lonard will serve a five-year term and could be in that position longer if needed until a successor is appointed. 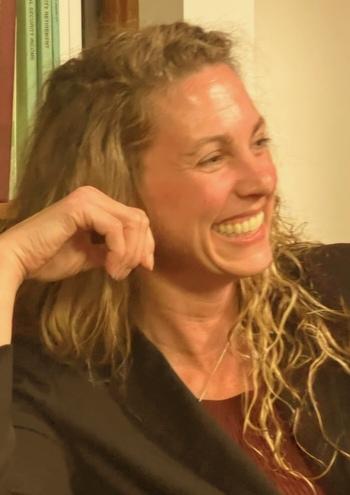 he governor nor the Legislature can fire the advocate and  any effort to remove the person would have to follow an ouster procedure established in state law.

“We knew we would need a strong leader – someone who could take on the systemic challenges facing our state’s child welfare system,” Kelly said in a statement.

“As a former social worker and a long-time attorney in family law, Kerrie is imminently qualified to lead the Division of the Child Advocate,” Kelly said.

“She is committed to independence and transparency within the division, and has demonstrated her dedication to protecting our kids.”

Lonard, pictured above, worked at Kansas Legal Services in Topeka for nearly 14 years, serving as both a staff attorney and managing attorney.

As managing attorney, she supervised staff in providing legal assistance to members of the public, often in areas of family law and child-in-need-of-care cases.

Jamie Reever, executive director of Kansas Appleseed, called Lonard’s hiring the “culmination of years of work and advocacy to improve the foster care system in Kansas…”

“Lonard has built her career around advocating for Kansans, leading to a deep understanding of how the foster care system can work better for children and families,” Reever said in a statement.

“Her experiences demonstrate a commitment to justice and all those impacted by the foster care system,” Reever said.

Lonard worked as a school social worker for five years, and in other foster care and child advocate roles.

During her career she has taken on various leadership positions, including as the State Coordinator for Kansas for the National Association of Counsel for Children.

She also served on the Kansas Supreme Court task force on permanency planning.

Questions persist about how long the new office will last, given that the Legislature has tried – but failed – to create a similar office.

Republican lawmakers have already been questioning whether the governor properly reorganized state government without oversight when she created the position.

They have asked whether the executive order creating the office of child advocate should have been carried out through an executive reorganization order that requires legislative approval.

Republican Sen. Richard Hilderband, chair of joint Committee on Child Welfare Oversight, at one point said he planned to ask legislative researchers and staff attorneys to determine whether the governor should have issued an executive reorganization order in the announced restructuring.

“I am honored to have this opportunity to serve the families and children of Kansas,” Kerrie Lonard said.

“The mission to advance the wellbeing of those involved in the child welfare system is close to my heart and has been a driving force throughout my professional life. I’m committed to the long road and hard work ahead that is needed to ensure the best interest of our children remains at the forefront and that the Division of the Child Advocate is a platform to bring voice to those we serve.

I look forward to that day in our future when we can all state confidently that all families and children in Kansas are receiving the services they need and that all of our children are safe from harm and neglect, that they are cherished, and they are thriving.”

Lonard began her work as Child Advocate on December 12, building the Division’s structure. Information on how the public can contact the office will be released at a future date.

The Division of the Child Advocate was established by Governor Kelly through Executive Order #21-28. When structures are in place, it will act as a centralized entity to:

Some information for this story is by Brad Cooper, from the Sunflower Journal, December 2, 2021, and from Governor Laura Kelly's webpage.