There are millions of Americans that are younger or seniors who could qualify for an tax credit worth as much as $6,935 from the IRS.

This is under the Earned Income Tax Credit, which works to benefit working families making a low to moderate income.

Anyone age 19 and older may apply for the EITC.

Now, 18-year-olds that just left foster care and were at risk for becoming homeless may also claim the credit.

This newly eligible population consists of childless adults between the ages of 19-24 and over the age of 65.

The expansion goes into effect this year (for those with earnings in tax year 2021) and will benefit millions of adult workers.

This expansion of the EITC may be helpful to many older adults who are working.

The most a person can get is $6,935, but what they end up getting depends on their own income, number of dependents, and filing status.

A family with just one dependent could see as much as $3,733.

Qualifying for EITC from the IRS

To qualify, Americans must have at least $1 of earned income from employment or self-employment.

They must have less than $10,000 of investment income for the current tax year and a valid Social Security number.

Applicants' SSN must be valid for employment and issued before the due date of the tax return that they intend to submit.

You must be either a US citizen or a resident alien all year to qualify for the EITC.

There are special qualifying rules for members of the military and for taxpayers and relatives with disabilities, according to the IRS.

IRS Commissioner Chuck Rettig said: “There are important changes to EITC that will help this credit reach more hard-working families this year."

The scheme, which was initially introduced in 1975, was designed to incentivize Americans to enter the workplace. The measure became permanent in 1978.

Americans who think they qualified for EITC but didn’t submit a claim may be able to file an amended tax return to see if they can get any outstanding credit.

The 2022 tax season opened on January 24 and around 160 million returns are expected to be filed in total.

Officials have already warned Americans that this year could be a potentially difficult tax season. It's feared it could bring complications, leading to potential delays for many Americans.

The IRS is dealing with a worker shortage and officials are making sure that stimulus and other pandemic-related payments were sent out correctly.

Bosses are battling a major staff shortage as the IRS has around 20,000 fewer employees than it had in 2010, according to the Congressional Budget Office. 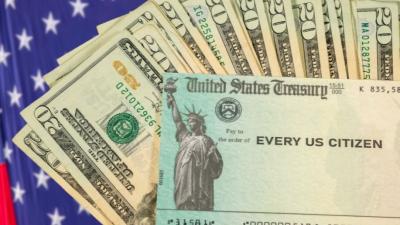