Kansas will begin winding down a COVID-19-era rental assistance program, a move that was expected but still has housing advocates worried about whether renters and the nonprofits that help support them will be prepared.

The Kansas Emergency Rental Assistance program was created in March 2021 as the latest iteration in a series of efforts to provide aid to renters affected by the adverse economic conditions created by the pandemic.

Backed by $200 million in federal funds and run by the Kansas Housing Resources Corporation, the program's launch was rocky at first due to limited staffing and high demand, though things eventually stabilized.

State officials announced Wednesday the program was entering a "hold phase," where the agency has received enough applications to exhaust its funding. All current applications under review will be put on pause unless more money becomes available.

“We may not have the funds to ultimately be able to review or fund those applications,” Ryan Vincent, executive director of the KHRC, told KMUW. “We’ll have them ready, and if we end up receiving any additional funding … we can go back and fund some of those applications in the second hold phase.”

The prospect of obtaining additional federal funds is uncertain. Congress could ultimately choose to appropriate more funds for the program, though such a move seems unlikely. The U.S. Treasury Department has also reallocated money from states that have been slower to spend their funds or declined to participate in the program.

Aid distribution appears to have slowed in recent months. In June, the state reported to the federal government that it had only $12 million in funds remaining out of the $200 million initially allotted to Kansas.

All told, the KHRC said more than 75,000 Kansans had received aid.

Chris Palmer, executive director of Cornerstone of Topeka, said approximately 10% of those living in housing owned by the nonprofit had been using the KERA program.

"KHRC did a pretty good job of warning folks that this was a limited resource that would end," he said. "But human nature — until it does, it doesn't seem real."

The spigot will not necessarily turn off immediately. If a renter began receiving aid in recent months, that aid will continue for future rent for another three months, meaning some will be covered until the end of the calendar year.

Local aid is available from groups such as Community Action or Catholic Charities and the hope is that benefits winding down at different times for different residents will prevent a surge in demand for those limited funds.

"What we're expecting to see is an onslaught of folks that are unable to get any additional services from the KERA program, and therefore they're looking for other resources," Teresa Sowell, director of family outcomes for Community Action, Inc. in Shawnee County, said.

Advocates agree that some struggles would exist regardless of when KERA ended. States across the country from Iowa to Maine have also seen their programs wind down in recent weeks.

Eviction risk in Kansas, however, remains present, aid program or not. Data from the U.S. Census Bureau found that 22% of renters in the state who were behind on their payments were at an imminent risk of eviction or foreclosure.

And because KERA also helps residents cover utilities, there is a concern that the program's potential end will leave residents without the lights on, with applications for the Low Income Energy Assistance Program not opening until January.

Sowell noted that some families who received extensive support from KERA could have grown accustomed to relying on that aid.

"Some families may just have a difficult time transitioning back into budgeting for those bills," she said.

Belinda Estes, community services director for Northeast Kansas Community Action Partnership, a Hiawatha-based anti-poverty nonprofit that covers much of northeast Kansas outside of Shawnee County, said KHRC had told groups they were still receiving over 1,000 applications for KERA each week.

While some of those were repeat applicants, Estes said it was a sign a need still existed for support.

And while federal and state grants help bankroll some of NEK-CAP's operations, other emergency funding comes largely from private donors, meaning aid in some counties can be depleted quickly, while other areas had little emergency help to begin with.

"We just don't have the funding to fill the needs of everybody's requests," she said.

Steve Vogel, president of the Shawnee County Landlords Association, said he wasn't overly concerned about a rise in evictions as KERA was ending.

But he did note the potential to return to landscape where demand for local aid outstripped supply.

"I'm assuming that will probably happen when the KERA money completely runs out," Vogel said. "I mean, we'll be right back to where it was pre-pandemic."

For NEK-CAP, Estes noted that while the group had previously gotten COVID-19 federal aid of their own, those funds have long since been spent.

Kansas has made the issue of affordable housing, particularly in rural areas, more of a priority in recent years, expanding tax credits to help stimulate development.

But Estes said the housing needs of communities in northeast Kansas predate COVID-19. In some ways, the pandemic worsened matters, as a federally imposed eviction and moratorium ban limited the availability of housing stock even further.

KERA was ultimately a lifeline, she added, for those who could take advantage.

"We do have some success stories," Estes said. "We just kind of wish there were some more."

The KHRC is directing individuals to the agency's other aid programs, which can be found at https://kshousingcorp.org. 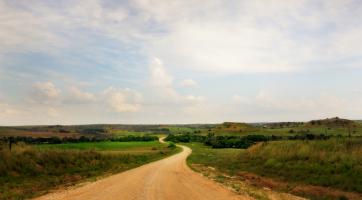 Committee formed to study lack of attorneys in rural Kansas 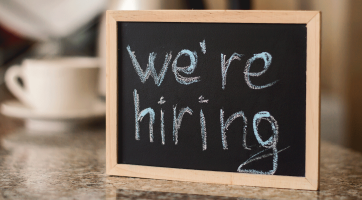