Angie Peacock lost 40 pounds in two months from stress and dehydration while serving in Baghdad, but coming home to Missouri was also hell.

After she was medically retired from the Army, her isolation and depression deepened. Post-traumatic stress disorder. Substance abuse. Homelessness. Suicidal thoughts.

Now, the 35-year-old has her life back, and she credits a national organization that opened a Kansas City area office. (The picture is of Peacock and her service dog, G.I. Joe.)

The Wounded Warrior Project offers free support and services to about 60,000 Veterans across the country. The office at 7400 College Blvd. in Overland Park will serve about 1,700 Veterans in Missouri, Kansas, Nebraska and Iowa.

"I would have been dead."

“I wouldn’t be sitting here right now without them,” Peacock said at a welcoming event. “I would have been dead.”

Instead, she is now a mentor to other Veterans and is working on a degree in psychology from Washington University so she can be a licensed professional to work with PTSD patients.

“I fought to get sober,” Peacock said. “I went through a divorce and bankruptcy. I lost everything and had to build myself back up.”

The Wounded Warrior Project serves post-9/11 Veterans who were physically or mentally injured as part of their military service. That includes “invisible wounds” like PTSD and military sexual trauma as well as traumatic brain injuries and other disabilities.

The organization does not seek to supplant services provided by the Department of Veterans Affairs but to augment them.

For example, a Veteran may receive therapy through the VA. But the Wounded Warrior Project offers a five-day “Odyssey” program that is like a retreat. Veterans may go whitewater rafting or do other activities with fellow Veterans while working on coping and interactive skills.

“There are things we can do to help fill the gaps for these warriors,” said Troy Brin, an alumni manager at the Kansas City office.

Veterans are referred to as alumni because it reflects that they have earned the services they are receiving.

Brin was in the Army for 20 years and served multiple tours in Iraq and Afghanistan before retiring. The Wounded Warrior Project helped him prepare for the job market, and he eventually got a job with the project itself.

All services are free to Veterans, their families and caregivers. The nonprofit Wounded Warrior Project began ten years ago and is headquartered in Jacksonville, FL. Its 2013 budget of nearly $219 million was entirely funded by private donations. Eighty percent of the budget went to providing services, 16 percent to fundraising and 4 percent to administrative costs.

Go to woundedwarriorproject.org for more information.

Before the Kansas City office opened, Brin worked out of the basement of his home in Gardner. Veterans often had to travel to other regions to receive help. An office here gives Veterans a central place to gather.

“To me it’s vitally important because now the alumni have a home,” Brin said. “They can work on a resume or just sit and talk.”

Veterans are free to drop by the office, which is on the third floor of an office building, or to call 913-998-7522 during business hours.

Hope for even the most depressed

Peacock remembers how relieved she felt when she found the Wounded Warrior Project. Through it she learned that other people suffered as she did and that she belonged.

Veterans who have made progress with help from the project are encouraged to become “peer mentors” to other Veterans. Peacock has been doing that for the last three and a half years.

“I see people change before my eyes by setting their own goals,” she said, noting there is hope for even the most depressed. “Don’t underestimate those of us who should be statistics.”

Read about Services for Veterans and Their Families

Click here to read information from the Social Security Administration about Disability Benefits for Wounded Warriors. 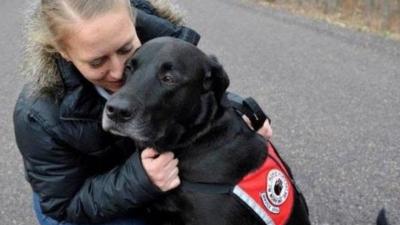