By the CSG Justice Center

Criminal records are a significant barrier to housing for millions of Americans. In March, 2016, the U.S. Department of Housing and Urban Development (HUD) issued groundbreaking guidance stating that admission denials, evictions, and other adverse housing decisions based on a person’s criminal record may constitute racial discrimination under the Fair Housing Act.

On April 4, the Office of General Counsel at the U.S. Department of Housing and Urban Development (HUD) issued “Guidance on Application of Fair Housing Act Standards to the Use of Criminal Records,” which states that the broad exclusion of people with criminal records in the sale or rental of housing or other real estate transactions may be in violation of the Fair Housing Act.

The Fair Housing Act (FHA) prohibits discrimination in the sale, rental, or financing of housing based on race, color, religion, sex, disability, family status, or national origin. Because of the well-documented disproportionate rates of criminal justice contact in the U.S. for black and Hispanic Americans, the restriction of housing based on criminal records can consequently have a disproportionate impact on minorities, the new guidance says.

“When landlords summarily refuse to rent to anyone who has an arrest record, they may effectively and disproportionately bar the door to millions of folks of color for no good reason at all,” said HUD Secretary Julian Castro in a statement.

A housing policy that has a disproportionate effect on minorities may be in violation of the FHA even if there is no explicit intent to discriminate, according to the guidance. In cases where a policy disproportionately restricted housing for a minority population, even if none was intended, the burden is on the housing provider to justify the policy as necessary for a “substantial, legitimate, nondiscriminatory interest.” However, the guidance states that “arbitrary and overbroad criminal history-related bans are likely to lack a legally sufficient justification.”

The majority of people with criminal records are people of color -- keeping them from housing because of their records is as bad as discriminating because of race.

HUD’s guidance on FHA compliance and the allowable use of criminal records in rental and real estate decisions comes on the heels of additional guidance related to the use of criminal records in housing decisions. In November 2015, HUD released Notice PIH 2015-19 that excludes the use of arrest records in housing decisions for public housing agencies and owners of federally assisted housing. In March 2016, HUD released a supplemental FAQ to Notice PIH 2015-19 to further clarify that an arrest itself “does not prove that a person engaged in disqualifying criminal activity, poses a threat, or otherwise violated admission standards” for public housing.

The New York Times ran an editorial supporting the new guidance. According to the Times, “the guidelines make clear that landlords cannot use arrests—which quite often do not lead to conviction—to disqualify applicants, and must consider the nature and severity of convictions in evaluating rental applicants and prove that any exclusions are justified.”

Click here to read about Your Fair Housing Rights.

Read about Tenant issues and rights for Kansas renters

Read about Resolving barriers to employment and housing 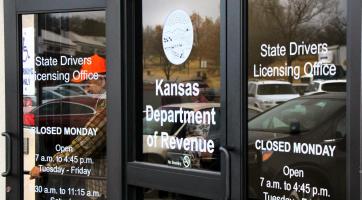